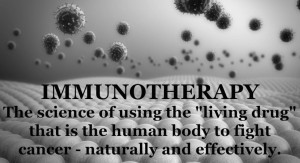 One of the problems of traditional cancer treatments is the effect they have, not just on the tumour but healthy tissue as well. In the case of head and neck cancer, this leads to problems, such as difficulty in swallowing or dry mouth, which persist for life.

We are only just seeing the introduction of immunotherapies in the treatment of head and neck cancer, mainly in clinical trials. They offer several potential benefits such as no harm to normal tissue and they can be targeted at patients for whom it is most likely that they will work. The side effects during the treatment are also less than seen in conventional chemotherapy.

It has been found that nivolumab increases survival times for patients who have had a relapse after chemo-radioatherapy (CRT) for advanced cancerA. Now a study has been looking at delivering the immunotherapy at the same time as the CRTB. Is it safe? Is it well tolerated by patients?  The results of this small-scale study were encouraging. Further studies are now needed to identify the full benefit of the immunotherapy in terms of recurrence and survival.

There are no magic bullets for cancer treatment but immunotherapy continues to be a promising approach for better outcomes for patients.

HNChelp has been financially sustainable for some years. Our members are generous in their donations, we have two events each year to raise funds and we have supporters like the Rotary Club of Clay Cross. The National Association of Laryngectomee Clubs, NALC,  is not in such a situation and needs your support

Recently many schemes have been launched to make donations to a charity when a purchase is made from a variety of online outlets. Amazon has a large share of online sales and if you buy from them you can get a donation to NALC of 0.5% of the value of your purchase .

If you Google “Amazon Smile” and login to your Amazon account, or create a new account, you can choose  the charity that benefits from your future purchases. Entering The National Association of Laryngectomee Clubs in the search box will ensure NALC gets a donation every time you use Amazon.

There is a Westminster Hall debate on vaccinating boys against HPV on Wednesday 2 May, 9.30-11am.

You can watch the debate live on Parliament TV.